The Secret Scent Box isn't a new one on me, I received their box back in September 2016 and given my obsession with aftershaves I just couldn't pass up the chance to try their offering for April. So, a subscription aftershave box that always has me intrigued with what will arrive and what I'll make of the three sample scents dropping through my letterbox. 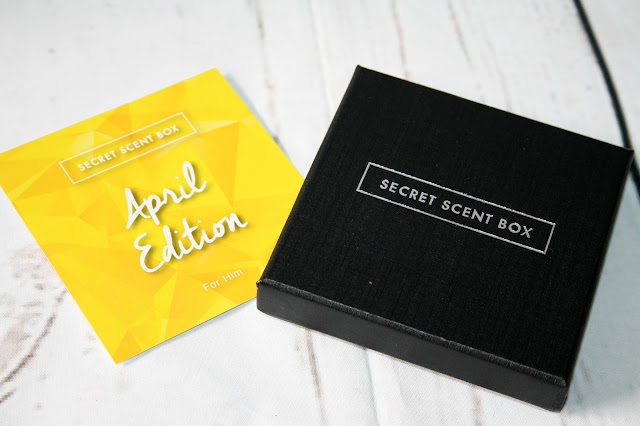 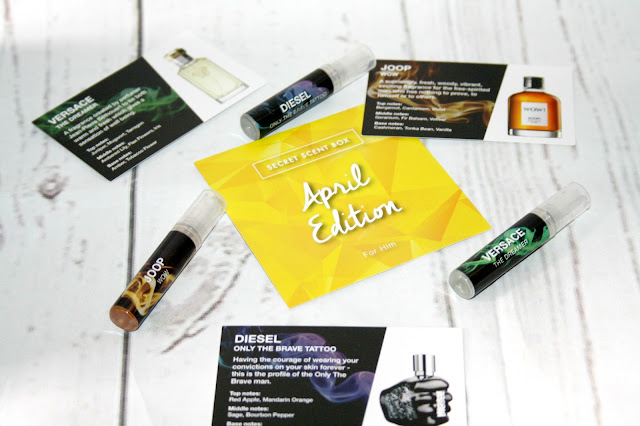 ‘Secret Scent Box is a monthly UK fragrance box subscription that lets you discover new designer & branded perfumes or colognes. Get a 30 day supply of three fragrances delivered through your letterbox every month for just £15.’

With the samples comes handy note cards for each fragrance. As always, I use these cards to sit back and imagine how the notes will combine, how long it will take to dry down and what the underlying notes will smell like for the rest of the day.

In my first box I received three aftershaves that I hadn’t smelt before, in this second one it contain one that I own a bottle of and two that I had been dying to try. Given my extensive aftershave collection (it isn't normal to have over 50 bottles at any one time I know) it would be foolish of me not to expect some crossover between what I already have and the service.

So what is in the April Secret Scent Box? 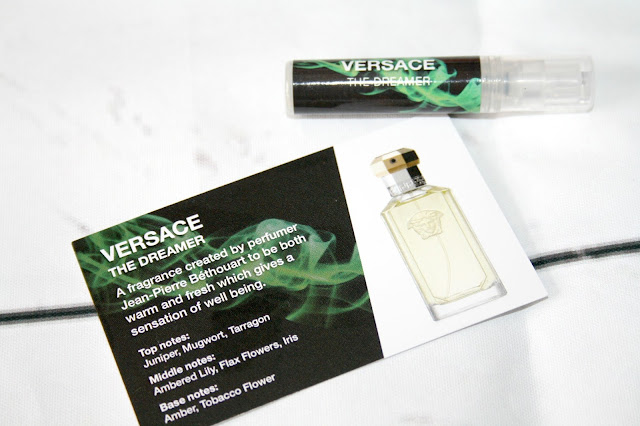 I've reviewed The Dreamer before on the blog - you can read my full review here. I managed to pick up a bottle for just £20 and it stands as one of my best beauty buys since I started writing this blog. Its a lovely fragrance, and as I've said before, it has depth and warmth but the fragrance almost evolves through a series of stages. The ambered lily and iris blend with the juniper after around an hour to make this less fruity on the nose and actually it’s like a mild floral explosion for around thirty minutes until it moves into the dry down. The amber and tobacco flower provide an excellent base that compliments the tarragon and lily to make this well worth a look. 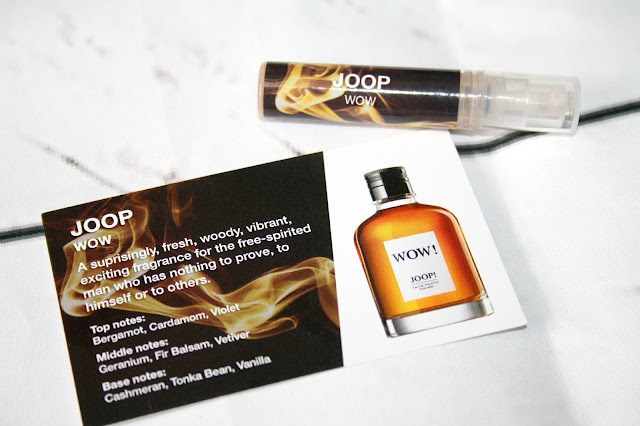 Only the Brave Tattoo - Diesel 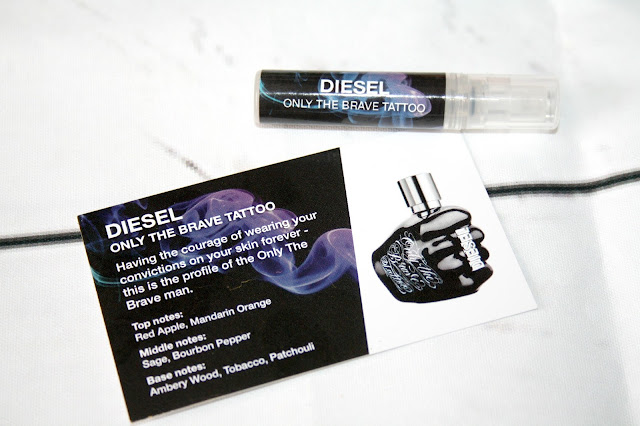 I have something of a hate hate relationship with Diesel. I tried Zero Plus a number of years back and it left me gagging and feeling nasueaous. With that in mind I had low expectations that were blown away by OTBT (I'm lazy, sue me). The sweetness that comes from the red apple is so amazing and fills the room with just two to three sprays. It's apple all the way for the first five minutes, in fact the orange doesn't even become noticeable at all until the heart notes start to take the edge of the sweet apple.

The apple blends with the orange and pepper to give a spiced blend that still stays light on the nose. At this point it became almost addictive, I just couldn't stopped sniffing this on my wrist.

The dry down notes thankfully don't take anything away from this fragrance. I feared that the tobacco and woods would make it too warm and heavy but alas those fears were unfounded. It remains so subtle on the skin for well over ten hours making this again perfect for daywear or nights out on the town.

Even after fully drying down the head notes of apple remain and that sweetness makes this another top notch fragrance. It's balanced out my expeirences with Diesel and I never thought that was going to happen.

The April Secret Scent Box has opened my eyes on two fronts. I now must try Wow by Joop and my hatred of Diesel has been put in a box, with OTBT firmly on my 'next to buy' list.

My box popped through the letterbox just a few days ago and once again I feel compelled to write about the contents and share my experience of this cracking service. For £15 a month you receive 27ml of fragrance, three 9ml testers with atomisers that should, with frugal use keep you going for a whole month.

Get 15% off your first Secret Scent Box when you sign up here by using the code: