In December I took the conscious decision to grow my usually straggly-arsed beard out a bit so that I could be shaved properly by those lovely folk at Cornerstone. The RMT put paid to the shave thanks to their seemingly endless strikes. Since then I haven't done a thing with the facial fuzz apart from add copious quantities of beard oil and balm (not together) and today as I sit here it's actually the longest length that I've ever had it. So with a beard and an aversion to looking like I've slept rough for a week I sent the missus on a quest to find a decent beard brush that didn't cost the Earth. She ventured into John Lewis and came back with the Kent BRD2 Beard Brush. 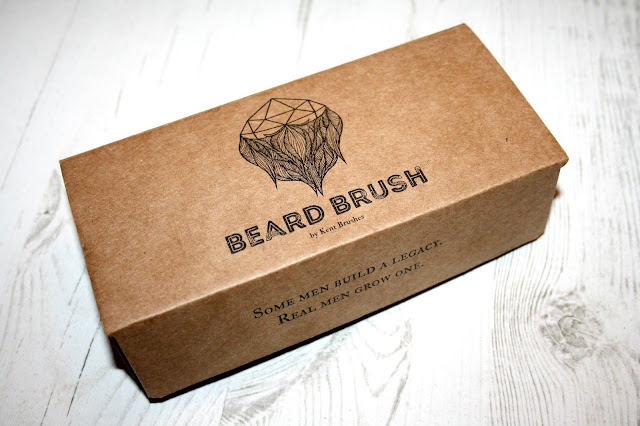 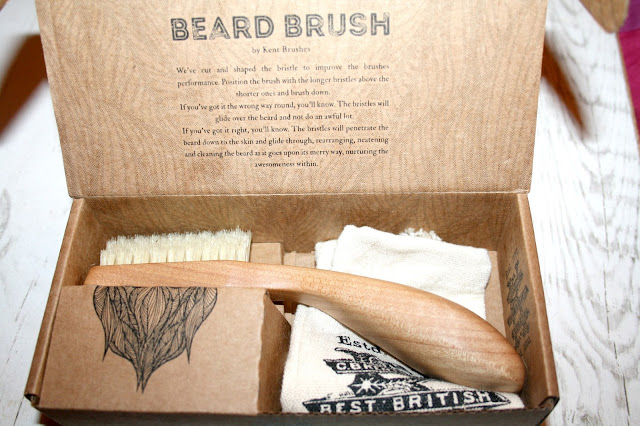 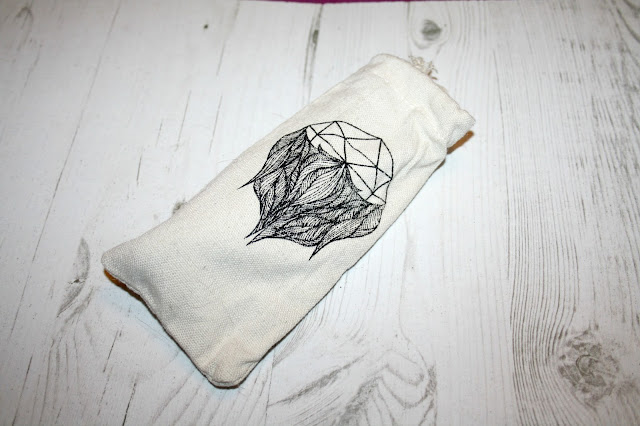 The brush comes in a quirky little box with a carry bag and retails for £20. If you want one, you can click here to buy it direct from John Lewis.

This is what they say about the Kent BRD2 Beard Brush:

'Boasting an ergonomically shaped handle, the pure natural boar bristles have been cut and shaped to improve the brushes performance. Each brush comes with a beautiful hand-stitched cotton bag printed on both sides. Not only a handy bag to store your brush in but for those who use beard oil it will protect your clothes from any excess oil held in the brush head from leaching into your suit pocket or the lining of your favourite bag.'

The brush itself is easy to use (it's a brush after all, not rocket science) and despite using a coarse type of hair in the bristles it is surprisingly soft on the skin. This really did shock me as I'd heard from an avid beard brusher that boar hair felt to the touch about one notch down from a yard brush. The angled bristles makes the brush glide over the surface of the beard while the rear bristles do as promised penetrate through the beard to style the hair below. One brush through and boom, the brush had separated and tidied the hair into the direction of travel so to speak. Here is the scraggly-arsed beard before brushing. 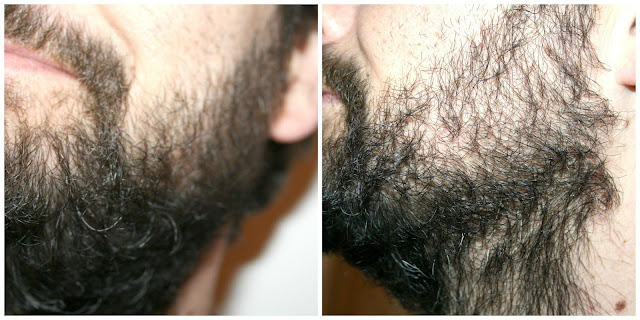 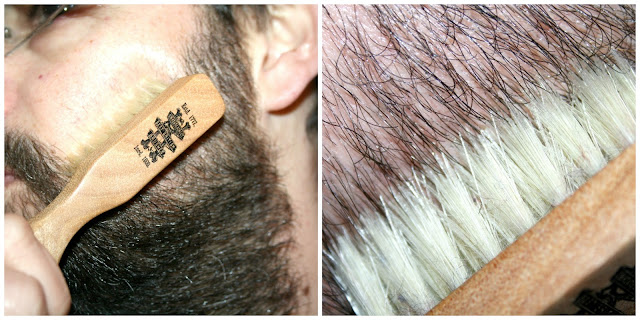 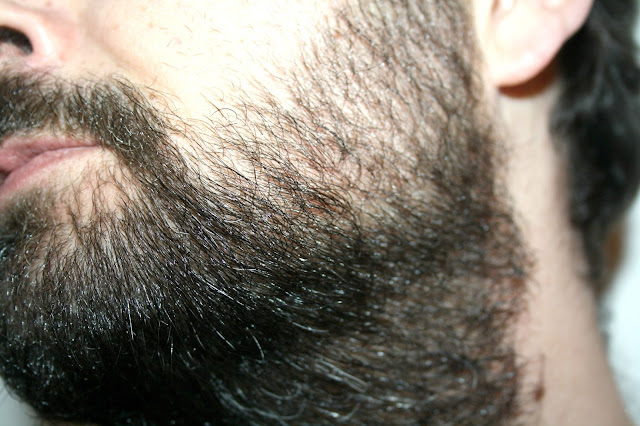 After applying beard oil or balm the brushing process has pretty much all of the hassle removed and it helps to set the hair in place. Win! The only possible gripe I could have is that the angled bristles mean that I have to brush left handed on both sides of my huge face - as I said, a very, very minor gripe.

Got a beard? Looking for a recommendation for a beard brush? Look no further - it's reasonably priced, is gentle on the skin when brushing and it helps sort out the knotted, straggly hair into a neater more presentable style to face the outside world with. Since I started using the brush I have found that my beard seems to be growing faster (weird) is more presentable and actually sitting watching a film brushing my beard is really therapeutic! Big thumbs up from me.

How's my beard looking? "Strong" said the voice in my head....