After digging around the house last weekend I came across several bottles of aftershave that I've had in and out of my collection since my early twenties (that'll be some time then). Included within the collection of dusty bottles was one of my firm favourites from those carefree times of my life, Obsession for Men by Calvin Klein. 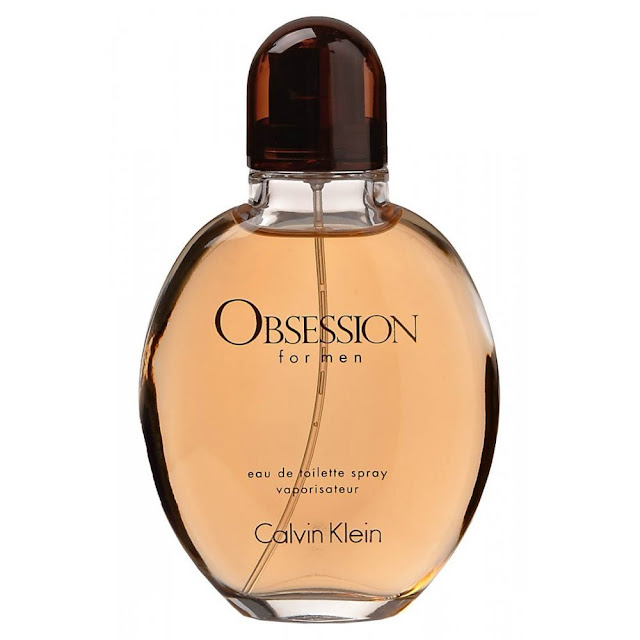 Obviously as the aftershave had been sat in a box for some years it had gone off, but just the memories of it made me part with £22 for another bottle from Superdrug. It remains surprisingly cheap in comparison to how much it used to cost back in the day - I'm just tight and actually when sitting back and thinking about it, it probably wasn't that expensive, it was just that it cost more because I earned less and because there were fewer options for us blokes back then (I'm talking early 1990s people, those joyous times before smartphones).

My new bottle arrived last week and I’m happy to report that the vile smell that wafted from my old bottle was indeed completely different to the rather sweet, yet sickly smell that greeted my hooter (read nose).

Sadly my early twenties me was clearly a bit weird. Thinking back to how I used to think I smelled lovely I wince. I sprayed this liberally and yack, it's not how I remember at all.

First impressions of the aftershave were not good. As you remove the lid and apply the fragrance your nose is overwhelmed by a warm and fruity sensation, but rather than giving a warm feel it is overly sickly in nature - it's as though they have packed it full of tonka beans to give it a sweet vanilla edge and it's way, way too much - this is not the fragrance I remembered fondly.

After leaving the fragrance on, it takes well over 30 minutes before it starts to blend on the skin and the actual smell changes. It begins to fade, taking the overpowering edge off and becomes what can only be described as a warm sensual smell, still with obvious hints of vanilla.
There were no notes with this bottle of Obsession so I couldn’t trace where the smells were coming from but once the fruity tang subsided vanilla was and remains the most predominant smell.

Obsession is strong stuff. I cannot stress this enough and a lot of the aftershave isn’t required to give full coverage.
I applied Obsession first thing in the morning (thankfully on a Saturday) and it was evident to me and those around me ten hours later. You can't knock how hardwearing it is, but you can pan the actual smell. I haven't put any more on since and I think I can still smell it!

After wearing it to work I didn't get the seal of approval from HR (the new blog fragrance ranking system - do the HR team at work like it). It got a you smell fruity comment, a wink from one of the guys in a sarcastic way and one comment of "can you go back to Creed please".

Personally I will only use this again when hell freezes over. Yes my tastes have evolved over time, but it's so sad that I used to love this and now find it far too sweet. It certainly isn’t a fragrance for going out on the pull wearing and would make you stand out for the wrong reasons at a special function.

When I used this in my late teens and early twenties I liked it, my friends liked it and more importantly the girls loved it. Looking back I think I’ve outgrown this, my tastes have changed significantly over the years and this isn’t one I’ll be buying again.
I can’t recommend this, but what I would say is try out a tester just to see if you can handle the fruity side of Mr Klein.
NOT RECOMMENDED