Hawes & Curtis, well they are a luxury shirt maker founded in 1913 based on Jermyn Street, London. Since being founded they have expanded from everything tailored and exclusive to a range of clothing for the man (and women with their range) who wants to look stylish no matter what the occasion. 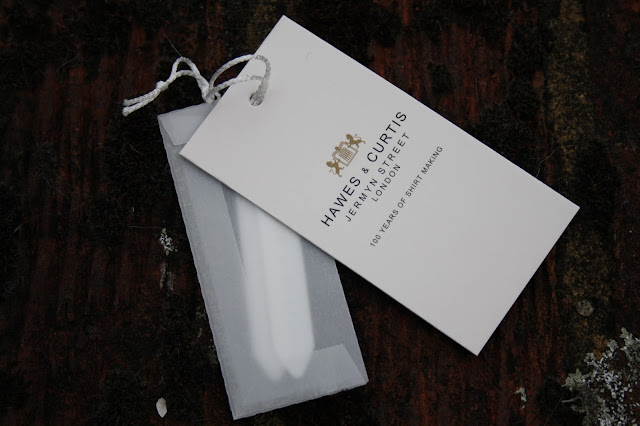 You can read more about the history of the company over at the Hawes & Curtis website, but this is what they say about themselves:

‘Hawes & Curtis was founded by two accomplished outfitters, Ralph Hawes and George Frederick Curtis, who opened the first store at 24 Piccadilly Arcade in February 1913. From the beginning the heritage brand has been acclaimed by aristocracy and Hollywood's elite. Notable customers have included the Duke of Windsor, Cary Grant, Clark Gable, Bing Crosby, Lord Mountbatten, Frank Sinatra and Fred Astaire.’

I was lucky enough to be approached by the company to see if there was anything in their new ranges that I would like to try and style. I opted for two shirts, the first casual and the second to go with a suit on the unlikely event that I would be thrust into a formal setting.

The first shirt can be found at the Hawes & Curtis site here:


It’s the men’s blue and white medium check classic fit linen shirt. I opted for large and it is rather large on me, in fact my frame must have shrunk quite considerably! This shirt normally sells for £49.50, £34.50 in the current sale or for £25 if you buy four men’s shirts (at the same time).

This is how's I styled it (said in a bit of a country bumpkin voice). 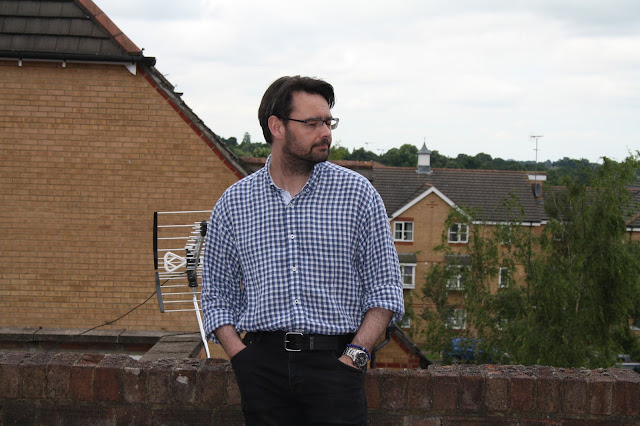 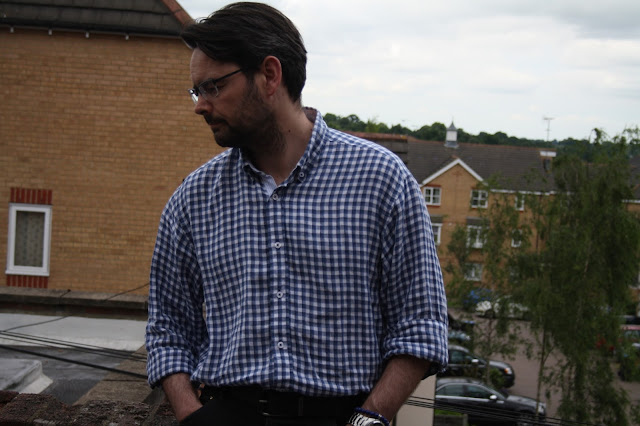 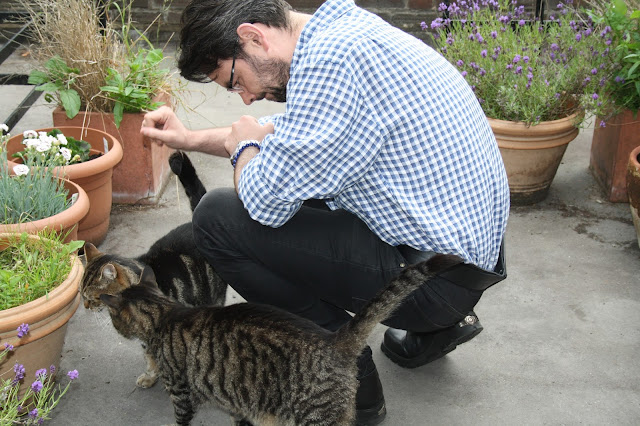 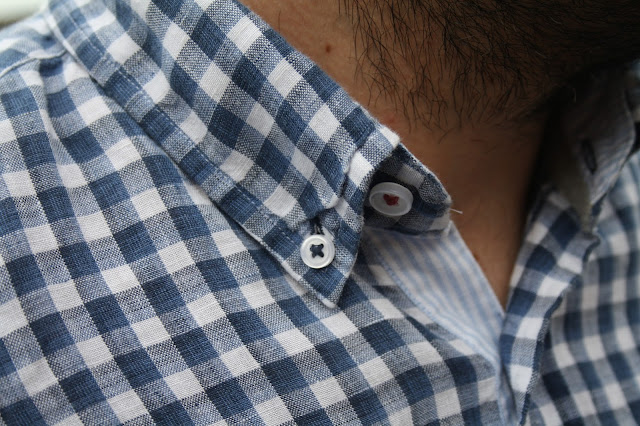 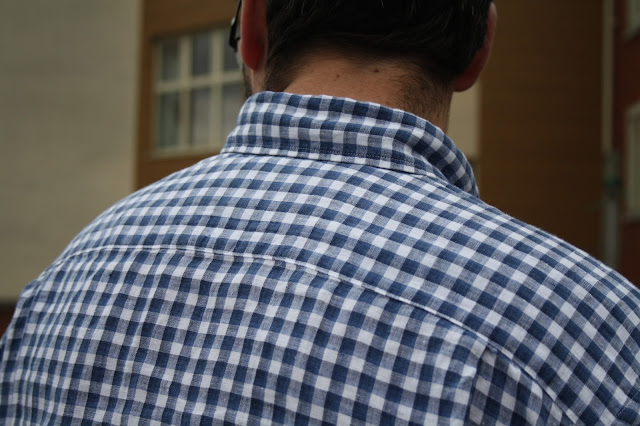 The second shirt can be found on the Hawes & Curtis site here:

It’s the men’s lilac and white dogstooth check tailored fit shirt with a double cuff. This shirt has something of a silk feel to it despite being made out of cotton and sells for £49.50 normally, £34.50 in the current sale or for £25 if you buy four men’s shirts (at the same time).

I think I managed to pull it off, despite not wearing a suit properly in over a year! 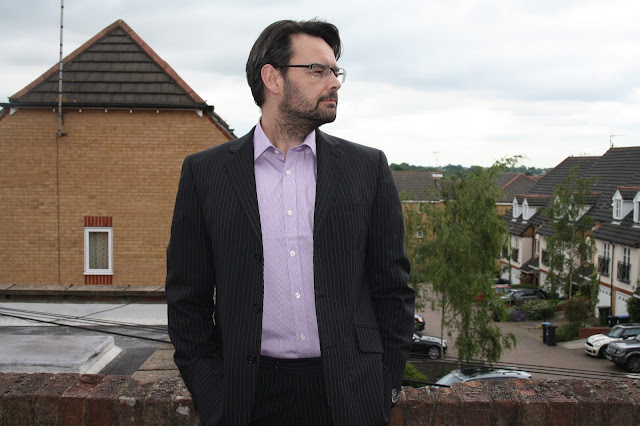 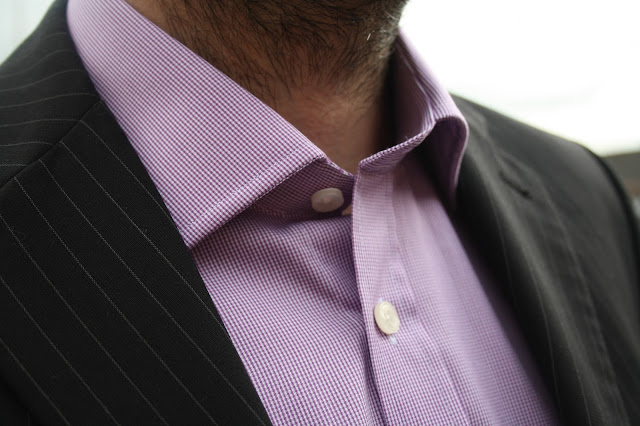 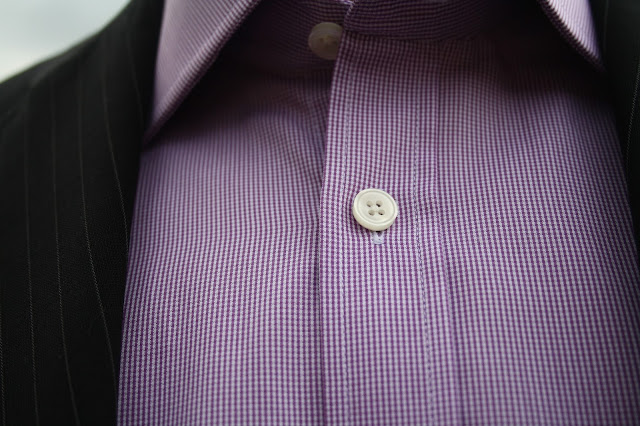 These aren't cheap, although you can pick up bargains as part of their multi-buy deals. That said, the quality of the shirts, the comfort and ease to wash and iron (yes, that is a consideration) they are well worth the outlay. If these last even half as long as my other tailored shirts then I would be happy to pay upwards of £50 for just one. I was surprised at how comfortable the casual shirt was, how the material let my skin breathe despite the exotic London temperatures and generally left me feeling at ease as everyone else around me melted. The formal shirt was equally as good and even with the suit jacket on I didn't feel overly hot or sweaty. Excellent chaps, excellent.