I had planned on writing lots of beard related posts for Movember but alas the day job got in the way (in a very nice way - check out 'The Meters Collection post). I had intended to talk in depth post after post about the variety of potions and lotions I’ve been using to keep my facial fuzz clean, under control and most of all, calm. Nothing is more irritating than a scratchy beard and before I shape my facial hair into something resembling an effort at growing a moustache I want my face as calm and clean as possible. First up though are two products, The Great British Grooming Co. Beard Wash and Beard Oil. 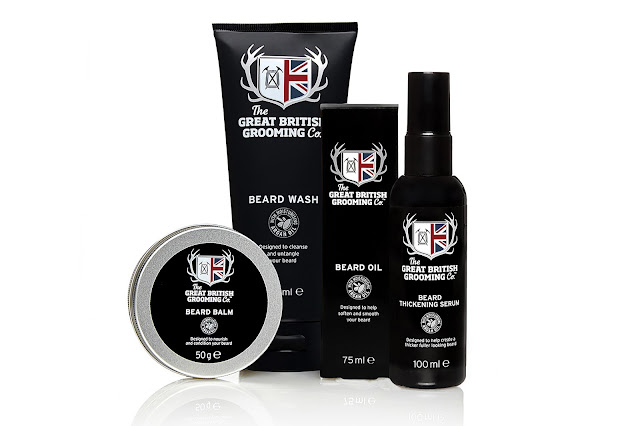 So, who are The Great British Grooming Co.? This is what they say about themselves over at their website here:

Beard Wash - £4.99 - 200ml - With a rather thick tea-strainer of the moustache and the beard coming along nicely it does mean that my face seems to attract even more dirt when travelling around the polluted streets of London. Rather than wasting face scrub, using this beard wash has been something of a revelation.

In the interests of seeing how much grime this removes I washed my face in the sink rather than in the shower as normal and I have to say, "yuck"! It was vile seeing how much grime was removed when I first used it. There had clearly been a build up after using just a normal shower gel to face my face and beard.

The fragrance is manly and actually quite subtle, it has more of a rugged and earthy aroma which doesn't seem to linger on the skin or the beard after drying off. In addition, there is no unsightly flakes of beard dandruff and to the touch it feels squeaky clean.

The best part about this is clearly the moisturising and smoothing effect that the Argan Oil provides and personally, my face feels really soft and smooth, as does my beard, and that's before any beard oil is applied!

Beard Oil - £8.99 - 75ml - This is the third beard oil brand that I've tried on my facial fuzz and once again, I have to rate it on just a few factors - price, how quickly it is absorbed, how it looks when applied and how it leaves the beard feeling.

Price wise, you can't grumble at the cost, it's really reasonable (I paid £20 for a 50ml can of beard oil at the weekend) when compared with other brands out there on the market. In terms of application just a little is enough to spread across my growing beard and once applied it gives the oily shine you would expect but after around five minutes it dries into the hair and has more of a matte effect.

The best thing is that it works, it makes brushing the beard into shape (in my case just smoothing the hair down and in one direction) a breeze and after a week of using it my beard itch is barely noticeable. My beard feels more conditioned and even when first waking in the morning the horrid itch isn't bad.

Both of these products are reasonably priced and for me are must haves now in the bathroom to keep my beard on point. Nobody likes a crusty old beard and I'm not different and thanks to these two top products my face doesn't act as wife repellent! Why don't I just shave you say? 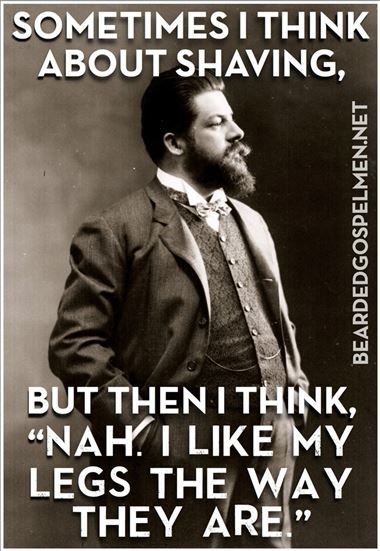 You can find these products on the highstreet at Waitrose and Superdrug and they would make a lovely Christmas gift!