Anyone who has read previous posts where I get my hair cut will know that I have a rather strong and unhealthy fear of hairdressers, so much so that my hair grows out and to stupid lengths before I build up the courage to finally sit down in the barber chair. Sadly, due to illness I was unable to attend the launch of the latest Ted's Grooming Room near St Paul's Cathedral in the City of London, but managed to wangle a visit a couple of weeks ago to see the new store and what they could do to make me look respectable again after some six months of hair growth. 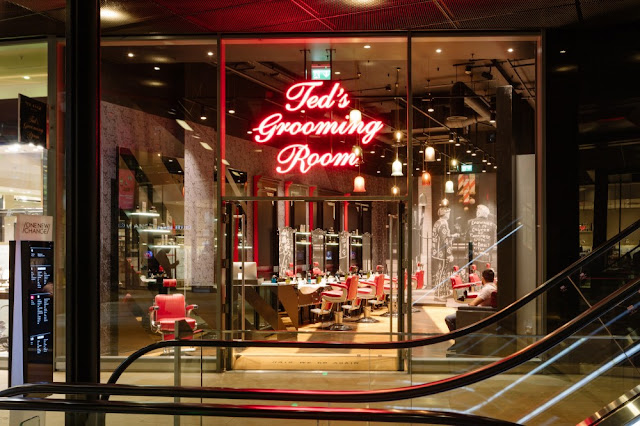 Before going I likened my hair to a Darth Vader helmet and to be frank, my eyebrow (there was only one) looked as though a hairy caterpillar had crawled across my face and died. The look was not a good - being blunt (am I ever anything but?) I looked a right state.

As always, I opted for 'The Full Ted' of a wash and cut, a beard trim and some much needed threading of the brow. Bearing in mind I was off work at the time I visited, I had partied a little too much the night before so was delicate to say the least. On arrival I was sat down, given a much needed strong and sugary Turkish coffee (it was lush) and had a brief chat on what sort of style I wanted to go for. I opted for an undercut, but one that gradually cut under my flowing hair on the top, with that thinned out and trimmed so that I could sweep it back and manage it easily.

While struggling to stay awake while my hair was washed (it's so relaxing) the cut itself did take some time, about 50 minutes but that was mainly due to the massive amount of hair on my head and the care taken in trimming my barnet. At my age watching the grey hair fall to the floor is a bit scary (I'm getting old) but even without my glasses on I could see the style taking shape and about ten minutes in I was grinning from ear to ear and the nerves I'd been experiencing (read nausea) has evaporated. Good stuff, good stuff.

As the cut went on the lovely staff continued to talk to me about the theme for the new store. In the store just off The Strand there is a TV theme, but here in The City its Pearly Kings & Queens and when they mentioned that they had had real ones along for the opening I knew I'd missed out on a good night. 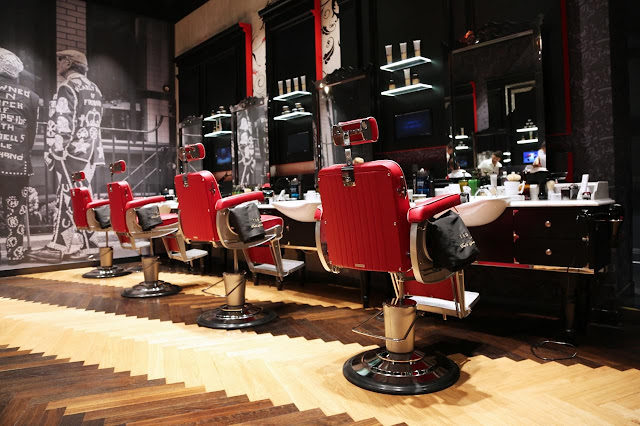 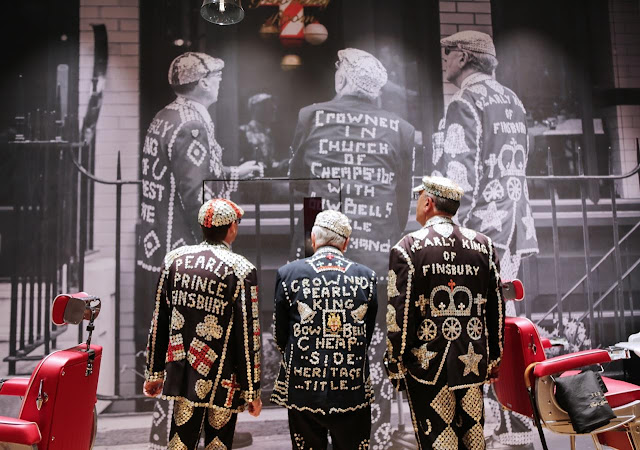 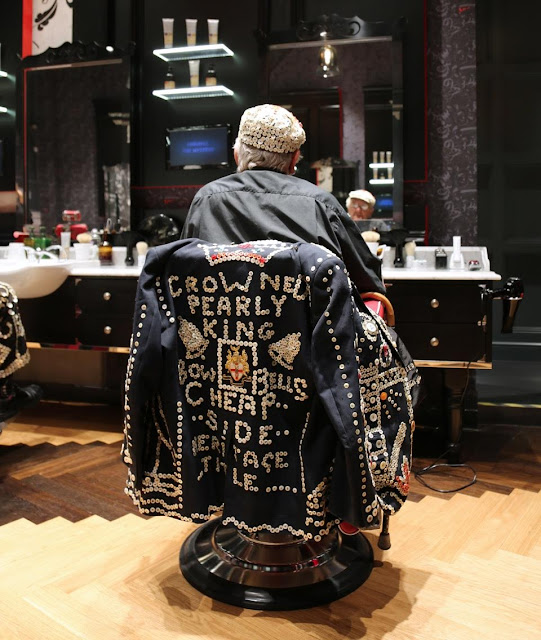 After the cut was finished there was another wash, a careful style and a few snips here and there as the barber searched for perfection. He found it very quickly!

Rather than go for a full clean shave due to Movember I asked what he could do to make the moustache stand out without removing the beard (the other half says that removal of the beard is grounds for divorce). The suggestion was a tapered trim that brought out the hair around my mouth and chin while retaining a reasonable length on the sides gradually getting shorter as it approached my ear. It looked the bees knees when finished.

They say they leave the best until last, I dispute this, they left the pain until last. I may be going soft in my old age, but when I had my brow first threaded back in October 2015 when visiting the Holborn branch I hardly felt a thing, the second time it stung but this time, ouch, it battered. It felt as though my face was being ripped off. The pain was worth it and in all fairness, they did have a lot of hair to remove from the brow and then to separate them properly. The end result, two brows, perfectly shaped and looking spot on.


And here are the before and after shots - it's hard to disagree that they know their craft! 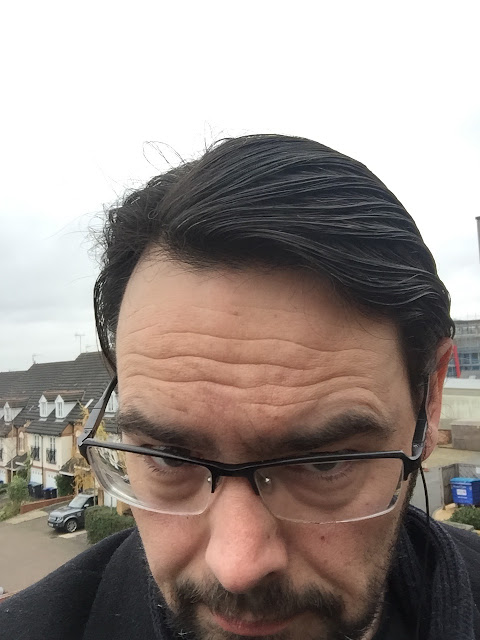 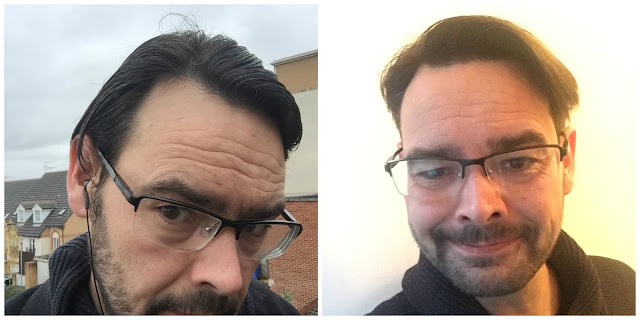 Ted's Grooming Room never fail to turn what I call my hobo-chic grooming efforts into something that looks amazing, well kept and as though I've spent hours perfecting my look. I love my hair, I was impressed with the attention given by the barber to make sure every last hair was cut and trimmed perfectly and best of all, on leaving I felt on top of the world.

My acid test for hair salons is how I feel when I leave - in this case I felt about a foot taller, felt more confident and genuinely liked the pictures I took of myself on the way home just so that I could see the style again. That speaks volumes in my book, and means that I can't help but recommend this new store and the talented folk who work there. Top marks, top marks.