For months on end I’ve been pulling a tub of Sachajuan Stockholm Hair Wax out of my box of products to try and immediately thought it was  a face cream of Rachel’s that had fallen in by accident. This resulted in it being casually lobbed back in without another thought. What a fool I’ve been!


Having never heard of Sachajuan nor seen any advertising for the product. I had even less idea of when or where it came from so I had to go and take a look and see what it was I was about to slick into my hair! Thinking about it, it probably came via Rachel who regularly pimps me out when she goes off to PR events. Anyway, back to my research (read Googling). It costs £20 for a 250ml tub. When I first wrote this post I misquoted the price and as such have re-evaluated my thoughts. 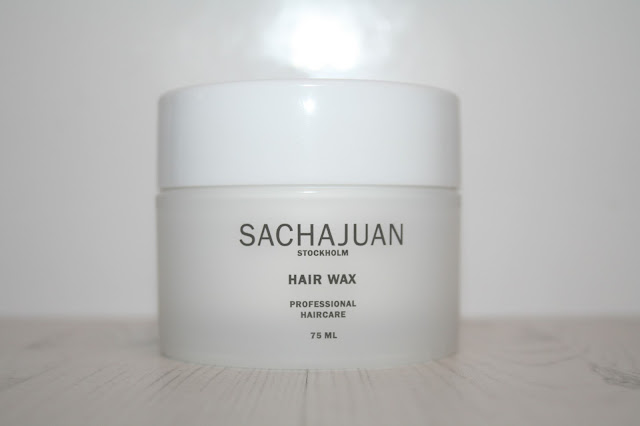 The next thing I discovered is that Sachajuan is a salon in Stockholm and there are actually loads of hair care products out there available for men and women.

This is what they say about themselves in shouty text over at the Sachajuan website here:

‘THE SACHAJUAN SUCCESS STORY STARTED WITH THE OPENING  OF THE SACHAJUAN SALON IN 1997 IN STOCKHOLM BY SACHA MITIC AND JUAN ROSENLIND, TWO HIGHLY RECOGNISED HAIRDRESSERS WITH VAST EXPERIENCE OF HAIRSTYLING AND FASHION IN SWEDEN AND INTERNATIONALLY.

THE SACHAJUAN SALON SOON BECAME ONE OF SWEDEN’S HOTTEST HAIRDRESSING SPOTS AND THE CREATION OF THEIR OWN, EXCLUSIVE BRAND OF HAIRCARE PRODUCTS WAS A NATURAL STEP FORWARD IN THEIR SUCCESS STORY.

IN 2004 THE FIRST SACHAJUAN HAIRCARE PRODUCTS WERE INTRODUCED ON THE SWEDISH MARKET WITH IMMEDIATE ACCLAIM.’


OK, well after all that shouting I’ll be slightly calmer lol, but first things first, this has an aroma to die for, and I really do mean to die for. I’ve become a little bit obsessive about this and mind that I’ve started playing with my longer locks just because I like the fragrance it leaves on my fingers (although after a while, it does leave a bit of sticky residue on the fingers). It reminds me of a rather clean and clinical smell you usually find with most Nivea creams. Looking at the ingredients I wouldn’t be surprised if I’m actually addicted to the smell of Lanolin.


The second surprise for me was the texture, although it’s a wax it has the look of hair paste or cream rather than wax but when you dip your fingers in it actually isn’t as thick as paste. Weird city people, I really did think that I was through the looking glass. The texture is actually a massive plus and makes application super simple when applying to wet or dry hair. My hair is now so bloody long that it has started to curl at the back. Using hair straighteners would be a solution, but a solution this bloke is going to go in for just yet (I can imagine the mocking of my mates, and well, I don’t have time in a morning with the faffing). 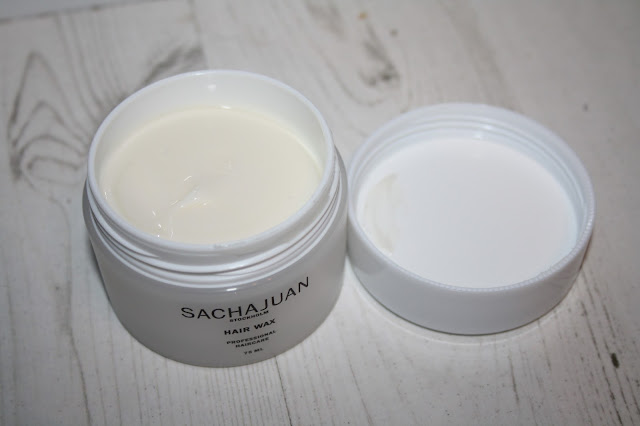 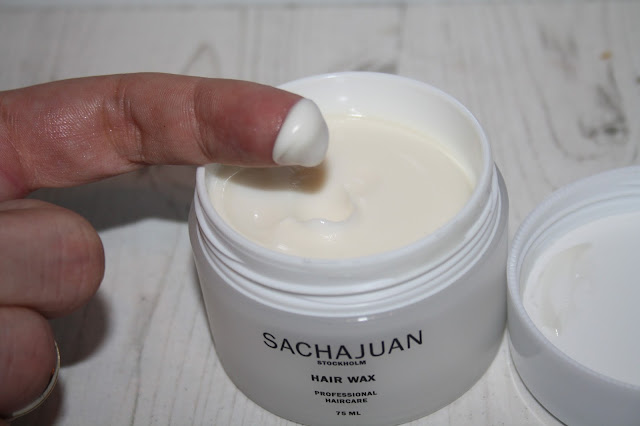 So, does this keep the mighty mullet in place? Yes, yes it does. As I’ve said, the application is so easy that it is just a case of spreading onto your palms and then while styling from the back massaging it into the hair from root to tip. A quick brush and boom, leave it to dry naturally or apply a low heat from a hairdryer. Leaving it to dry naturally usually takes about thirty minutes and either approach I’ve found leads to the same results.


This won’t leave your feeling greasy, it won’t look slick, in fact it provides a medium hold on long lengths of hair at the front and sides and at the rear it has kept my curls under control, continuing to do so for a good eight hours at a time. This level of hold is only really compromised by my constant fiddling with my hair! When I say medium hold, what I mean is that it will stay in place as you move around and while it might get blown out of style by a gust of wind it almost immediately falls back into place. That's much better than the solid and crispy hold that comes from a hair gel.


Not a hint of residue in the hair from application, after eight hours or when waking in the morning, so no danger of those nasty white flakes on your dark top or woe betide under a UV light when on a night out. It actually represents good value for money when considering that 250ml costs £20 and will lasts for months. I’m confident in the level of hold and I like the way it leaves my hair looking and feeling. It’s good, and I’m glad the wife pimped me out to try this hair wax (thanks Mark and Karl). If anything, this has spurred me on to look at other products from the Sachajuan brand as if their other stuff is as good as this I really want to be trying it.