I’ve always struggled to grow a beard, it’s not the actual hair appearing on my face that’s an issue, it’s the fact that within a week my face feels awful as the growth starts to itch. Throw in the fact that I look like I’ve been dragged through a bush backwards (copyright K Myers circa 2013) and usually the razor comes out after two weeks at the most. Beard oil is not something I’d ever used seriously prior to writing this blog but now I seem to have the stuff on every shelf and finally I’ve got around to using a diverse selection of brands in an effort to reduce the discomfort and produce a beard that doesn't make me look homeless. Step forward Seven Potions Citrus Tonic Premium Beard Oil, and today I will be giving my thoughts on it after a good two weeks of use, until the beard was removed so not to upset my aunt at her daughters wedding. 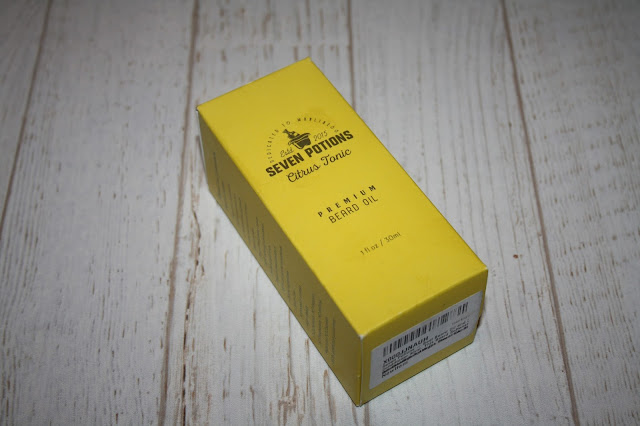 Costing £18.97 for a 30ml bottle of the beard oil I have to say that application couldn't be easier, with the glass pipette making a measured application every time a sure fire thing.


This is what they say about the beard oil over at the Seven Potions website:


'Everything about this all-natural and organic beard oil will revive your senses while rejuvenating your hair and skin.


Manly, naturally refreshing and uplifting, no day will be complete unless you treat your facial hair with the best beard conditioning oil.


A man must not be preoccupied by unruly facial hairs, beard itch, dandruff or split ends. Actually, shining nourished locks as well as moisturized skin will help you assuredly navigate new, unknown territories.'


The fragrance is out of this world and as a bit of a fragrance snob I could forego wearing aftershave or a cologne during the day while wearing this as it the cedarwood really combines well with the lemon to give a medium masculine scent that isn't overpowering but noticeable to those around you. It has more of a rugged and earthy aroma I think on first impression but as it dries into the beard and skin (which is does so very quickly as promised) the lighter citrus seems to come through and stays. My personal preference is citrus when it comes to aftershaves so this suits me down to the ground. 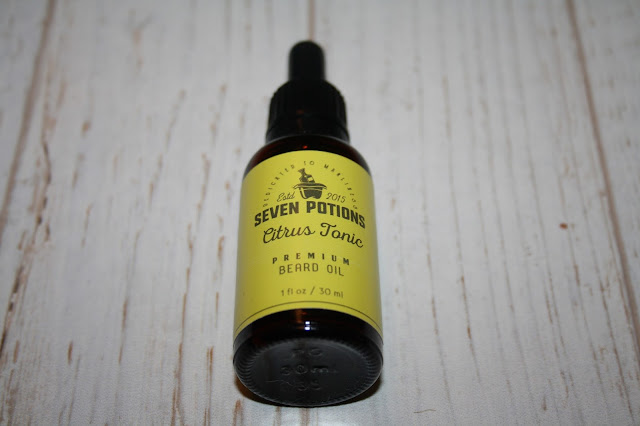 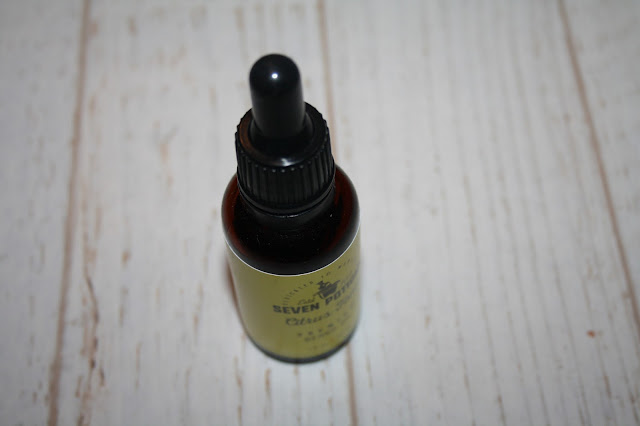 What I have found however is that this beard oil actually enhances the lovely fragrance of Paco Rabanne Invictus and has resulted in me going back to it as a daywear aftershave.

So does it eliminate that nasty itch?

Yes, yes it does and it does it quickly. My beard got long for me and was a nightmare to the point where it drove me to distraction but after applying this the itch subsided after about 15/20 minutes and was absent until the next morning. What I did find was that every morning I would wake up and the beard would again feel scratchy (if you know what I mean) but again, after showering 5 drops of this and boom it was gone. That's good and meant that I could get some peace from scratching my face!

When you first apply this you'll look like you have dipped your face into a bowl of Olive Oil but that doesn't last, so don't worry, as I've said it dries in really quickly but that initial oiliness actually makes it much easier to style your beard both shaping and just simply brushing it down. 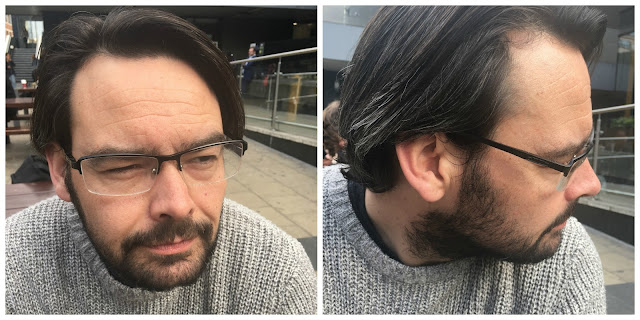 Personally this has really turned my head in terms of using beard oil more often and it's a brand I will be reaching for again as I start to grow out my 'tache for Movember. It removed the itch that comes from growing a beard, my skin was silky smooth and best of all there was no unsightly dandruff/dry skin in my beard. Just after applying the oil it was a dream to style and even if I do say so myself I didn't look like I'd spent the night sleeping under a tree in the local park. Result as they say.

At this price and with a fragrance that complements Paco Rabanne Invictus perfectly you should be taking a peek if you haven't done so already.

* Seven Potions Citrus Tonic Premium Beard Oil contains no chemicals, none of those evil Parabens, no preservatives, no artificial fragrances or colourants.