There comes a time in every man's life when the old colour in the hair starts to fade and those pesky grey hairs start multiplying faster than a rabbit colony subjected to Barry White on a constant loop. For me, that time came when I was fourteen, yes, fourteen - WTF!!! I've been dying my old barnet for well over 20 years, but in recent years I've tried to grow old gracefully, that was until the grey got out of hand, and with a longer style it was becoming too much. Step forward Just for Men Control GX, a shampoo that promises to gradually reduce the appearance of grey hairs. 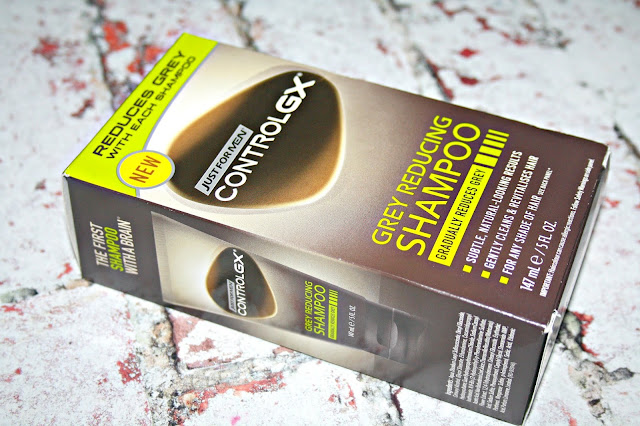 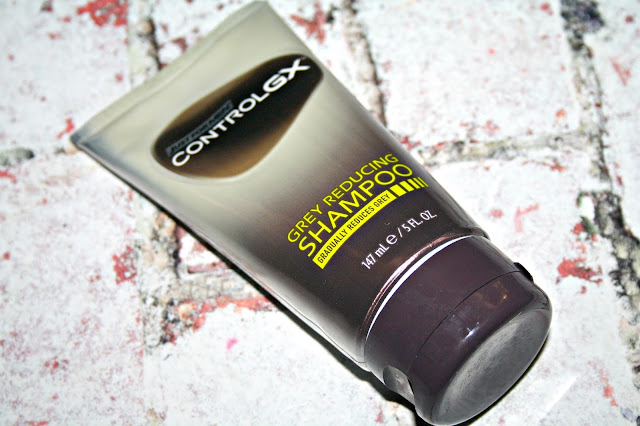 Rather than being a conventional dye that blasts the hair and leaves a uniform colour, this promises to leave hair looking natural by reducing rather than completely covering the grey.

So, for just under £10 for a 147ml tube I set off on my grey reducing journey. If you want to pick up a bottle after reading this (seriously, read the whole post first) you can pick it up at most high street chains - Superdrug, Boots, Tesco and Sainsbury's.

First up was the 48-hour allergy test - seriously important given the plethora of chemicals and to avoid looking like your face has been attacked by a hive of angry bees.

The instructions advise to run the shampoo into your hair using your palms to avoid staining of the fingers and with that, on went the shampoo and boom, the bathroom smelt like a chemical spill. Pungent is something of an understatement but I'd expected this - it's no more powerful than the ammonia smell you get from permanent hair dyes.

I thought I'd cocked up after the first application as my hands went a sort of dirty purple colour which only got darker and darker as the day progressed and it was a nightmare to remove. On second, third, fourth and fifth applications I was incredibly careful not to use my fingertips but again, my fingers, nails and the palms turned a dodgy colour just hours later. Not the look I was going for, and scrubbing most of the skin off my hands to remove the stains wasn't a pleasant experience. Could the results redeem this product?

The quick answer is - NO.

After using this fifteen, yes, fifteen times a comparison of before and after across the root, shaft and tips of my hair showed zero effect, in fact, to me the tips looked even more grey than before. In terms of masking this is, to be blunt, appalling.
Who remembers the original marketing slogan for Wash & Go? "Take two bottles into the shower, not me, I just take Wash & Go. Well in the case of Control GX I not only take the tube in the shower but also gloves, a nailbrush and some serious cleansing agents. It's fiddly to use, stains your fingers and palms and in my case did not one jot to reduce the grey in my hair. While it does leave my hair feeling clean, in term of its primary purpose of reducing grey hairs, this is a lemon.