Not everyone has the time, inclination or steady hand to be a shaving purist, and from time to time I really struggle using a safety razor to shave. I have a tremor in my hands, which when playing up can mean that using a safety razor is reckless, nay borderline suicidal. When these days come I opt for a normal run of the mill disposable razor from either Gillette or Wilkinson Sword. Have you seen the price of those disposable razor heads? Jesus wept (well he would of if he had shaved) they are expensive so anything that can prolong their life is bonus. I’ve written in the past about RazorBrite, a solution that removes the crystal build up on your blades but today I’m going to be looking at the Clever Shave Get Stroppy Executive & Artisan Box. 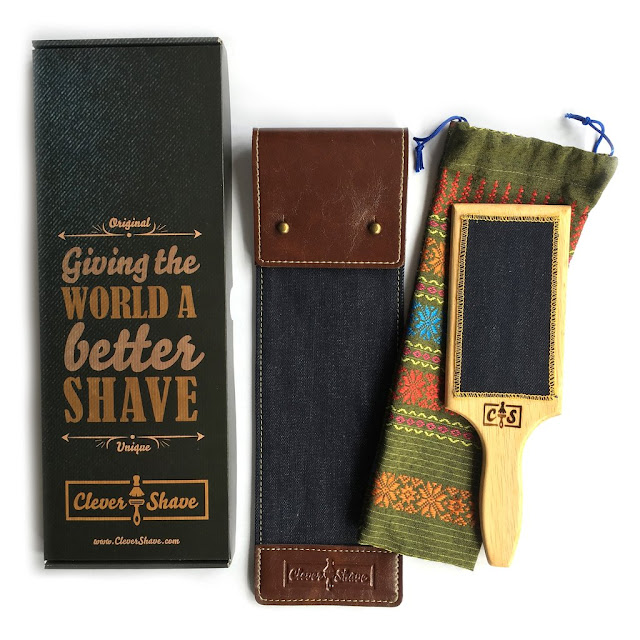 I was offered the chance to review this product by Clever Shave and it’s been with me now for a few months so I think I’m now in a position to give my thoughts on the product, whether it works and whether it offers value for money. Despite receiving this as a PR sample gratis I can assure you that I’m being incredibly objective, and if you think I can be swayed, well folks you really need to read more of my stuff - if something is crap, I’ll say it’s crap and via versa.

So, what do Clever Shave say about themselves over at their website here?

‘While creating the Clever Shave brand, the idea of ‘Giving the World a Better Shave’ was our driving vision. But then we thought, to live up to that vision, we need to go further, delve deeper and do things which REALLY make a difference to the World around us.

In creating our headline products, we chose to do the product development and manufacturing in Thailand, because of the tradition of hand crafted woodwork and the availability of rubberwood – a sustainable source of hard wood.’ 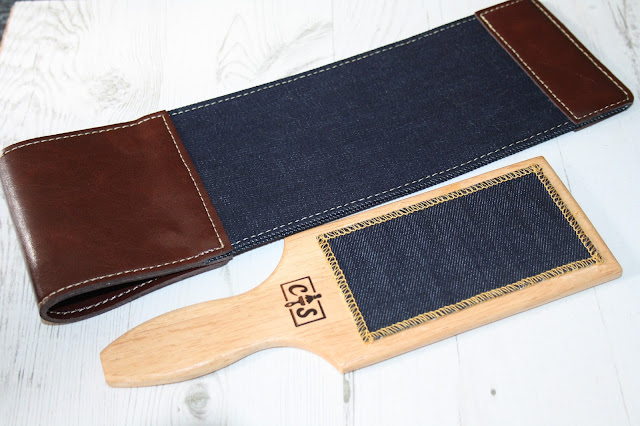 The Get Stroppy Executive & Artisan Box costs £30 and details on how to use the product are below, but before you read that, I have to say that I dived straight in and struggled - reading the instructions is a must otherwise you just end up shaving one side of the strop! 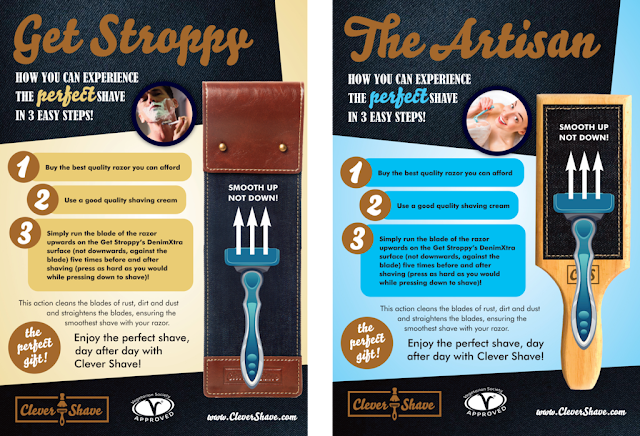 So, the strop should remove build up from blades and also straighten them. After the usual two shaves with a disposable razor it had already started to blunt and wasn’t cutting through my beard without snagging and causing much colourful language! While the blades looked already straight there was a large amount of beard stuck between the blades and I could see a film on the blade. A couple of firm glides up the strop and not only had most of the blocked hair been removed but the film had also completely gone on the tips and for about half of the blade. It’s the tip and the sharp age that I was concerned about and was pleased to see that it appeared like brand new. Win! After I started to shave with the blade no more snagging and the shave was totally even.

That was the first time I used it, now before every shave or trim using a disposable I run it up the strop and now, on my ninth shave with the same head and the shaving experience is only now at a point where I might as well just change the head.

To give this a thorough road test I stuck a pair of tweezers between the blades on a Mach 3 head and moved them out of position. Had I tried shaving with the blades positioned as they were in the head then I’d have been in accident and emergency within minutes and possibly suffering from blood loss. Running the wonky head up the strop while applying a fair bit of pressure did indeed pull the blades back into place so that I could shave without fear.

All in all, in just a few months this has saved me buying more disposable razors, I’ve sent less to landfill as a result and there is also the positive environmental impact of not having to make so many blades. It’s doesn’t cost a lot and looks very stylish hanging in the bathroom by the sink and for that I’m truly thankful. If you use disposables you should look at picking up one of these, and if you are looking for a gift for your other half that will also save money over the long term then look no further. Top notch people, top notch.