If may be September but the August Secret Scent Box deserves an airing so today I'll be looking at the three aftershaves that dropped through my letterbox just under two weeks ago.

The concept of the Secret Scent Box is quite simple, you sign up for a modest fee and every month without fail a small box containing three 9ml testers of aftershave are delivered direct to your door. You can see what I received previously in April of this year here, or September 2016 here.

Even better, they also offer the service to females with a Secret Scent Box for Her, so if the concept of this male box floats your boat then why not take the time to sign up? 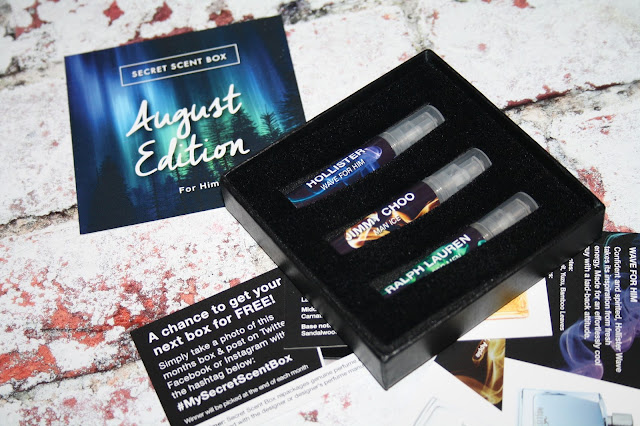 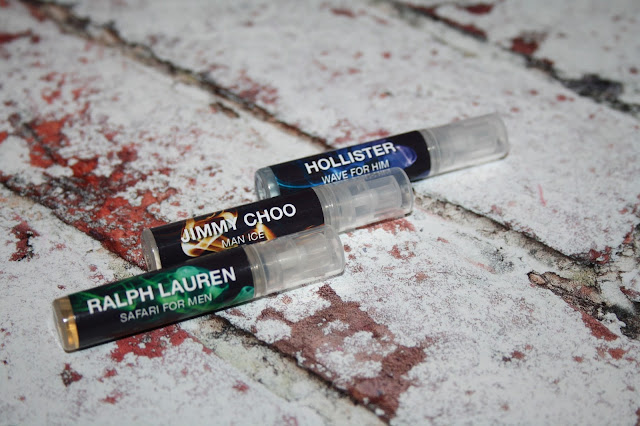 Hollister - Wave for Him

From the notes I would expect this to have a citrus head with floral heart and an almost sweet base but the way in which the notes combine is nothing short of magical and somewhat surprising to me. Hollister is not a brand I tend to veer towards, it being aimed at an audience much younger than I.

The grapefruit isn't as tart as I expected and is tempered by the yuzu which adds a slight sourness to the initial fragrance before this is counteracted by the sweetness of the vanilla essence within the tonka bean. The lavender does provide something of a floral interlude, but this stays as a light, young fragrance for well over eight hours.

Fresh and ever so light on the nose this is one I could see myself wearing on a night out - the driftwood accord and musk are't overpowering placing this in the same category for lightness and freshness as CK One, Bvlgari Pour Homme and Tom Ford Grey Vetiver. 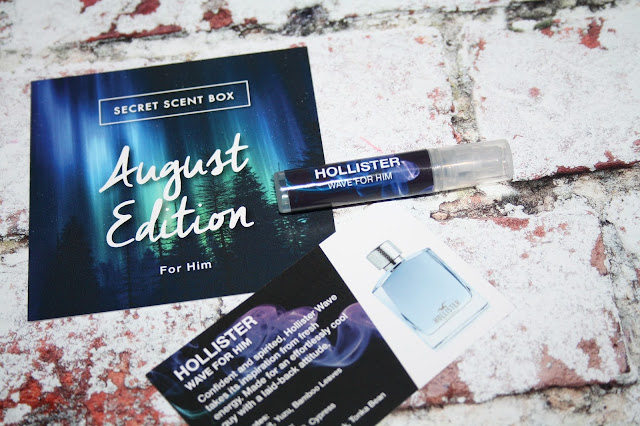 As a recent covert to Jimmy Choo fragrances I had high hopes for Man Ice having just tried and tested Man Intense. I was not to be disappointed. While on first sprays you'll have a sensory overload of mandarin, the orange fragrance mixed with the tartness of the cedrat means that this retains it citrus vibe from the moment you spray for for hours afterwards. Perfect in my book, I do love a good citrus fragrance.

It takes a good hour before the head notes even  start to blend with my skin and alter, but to my surprise and given the heart and dry-down notes this never really loses the lightness on the nose. I'd expect warmth to come through after about an hour or two as the cedarwood, musk and amber came to the fore but nope, nada.

This for me is again another aftershave that I would wear on a night out. Three sprays and you'll be smelling lovely for a good seven to eight hours and despite being light and citrus you can detect hints of apple and vetiver for a few hours. This one is very unique and is bound to draw attention for all the right reasons. 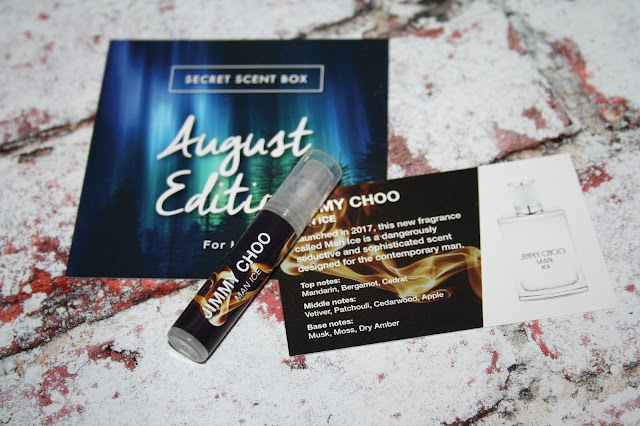 Safari has been around for years, and I hadn't really given it much thought for, oh, about ten years until the box arrived. As soon as I sprayed it I realised why I've been avoiding it - the fragrance triggered such strong memories.

With a floral head with just a touch of citrus you could be forgiven for thinking that like the other two samples this would again be light and airy but nooooooo, the citrus fades away quickly and it dries down to be incredibly warm on the nose - the amber is the overwhelming fragrance but it does something cheeky after about thirty minutes, it develops a kind of floral spiciness that I remembered well.

This ranks up there as one of the most hardwearing aftershaves on the market in my opinion. Three sprays and you'll still be smelling this on your skin up to twenty hours later - yes, it's potent!

Personally it's a little too warm for me to wear on a night out but this is perfect for wearing around the office. 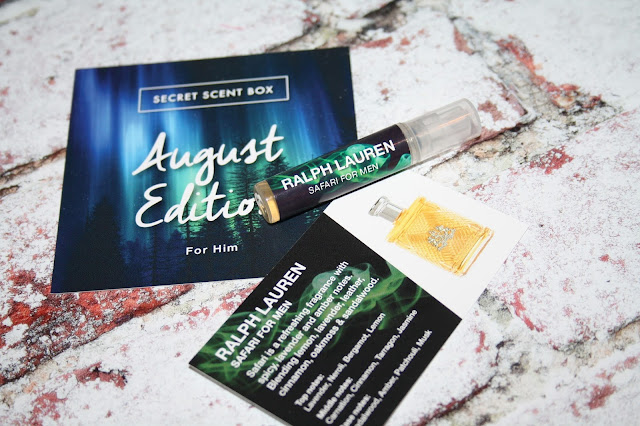 Once again, for £15 you can't sniff (well you can, but in a good way) at the value that Secret Scent Box delivers. It has opened my eyes (and nose) to two fragrances I would probably bypass on the shelf and brought quite a few memories back at the same time. If you like your aftershaves, or know someone who really does need to diversify their collection then this service is the best place to start.

This is my third box from Secret Scent Box and for the third time I've been very happy, no, delighted with the contents.