Barbour for Him EDT

Many moons ago the positively lovely BeautyqueenUK was asked to give her thoughts on a new aftershave from Barbour the outdoor clothing and lifestyle brand. When she first mentioned that they had released Barbour for Him EDT my initial reaction was to jokingly say "I bet it smells like a pair of damp wellies" - yes, it's true, I am an unrivalled wit (that should possibly say twit rather than wit). It doesn't smell of old and damp wellies and I genuinely can't believe that it has taken me so long to get around to writing about it. 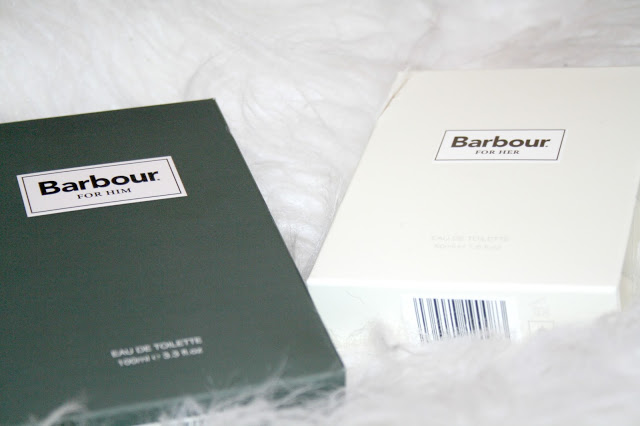 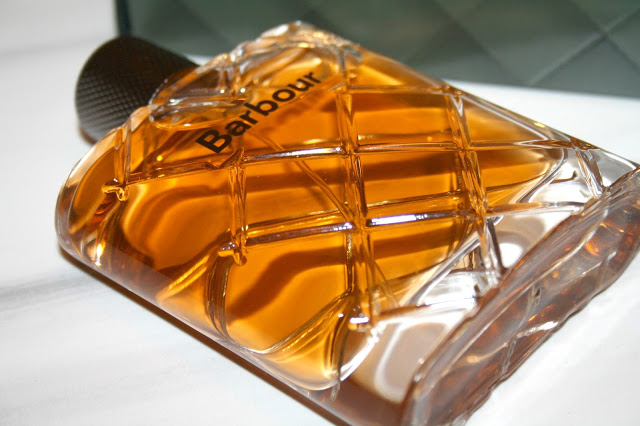 Barbour for those unfamiliar are better known for their jackets (which are cool), motorcycle heritage and all things country bumpkinesque (I'm just making up words now). The new aftershave released in early 2016 is available all over the place and retails from between £30-£50 for a 100ml bottle making this in my opinion a mid-range fragrance and to be honest at that price I'd probably use it as a daywear aftershave and save the higher end ones for special occasions and big nights out.

So, what do Barbour say about the aftershave?

'A warm layer of frosted violet leaves and cinnamon are cast on a bed of vetiver, sandalwood and musk, while a burst of grapefruit and hint of black peppercorn enliven this captivating blend.'

First things first, this is one hell of a cool, yet weighty bottle that has more in common with a glass decanter than an aftershave bottle, and with the amber fluid inside it does look like it could pass as holding a drop or two of the old fire water. It does immediately shout in your ear "country-life" in a Blur-esque Southern accent.


More important than making you feel like some form of landed gentry, the fragrance stands out for itself, and the description of being warm is bang on the money but to my nose the description doesn't really reflect my own experience. I can detect some violets that give a bit of a floral scent for around five minutes but this is almost immediately overshadowed by the sandalwood and musk. The musk is strong in this one, oh yes indeed! The 'burst' of grapefruit was again not identifiable as grapefruit but you can pull out a slight, ever so slight hint of citrus for about the first hour of wearing this.


After an hour you can expect more warmth and it comes in spades as the sandalwood and peppercorn give his more of an an almost spicy edge but again this dries down as the aftershave evolves. After around two hours the whole fragrance is more subtle in terms of detecting notes but the warmth is still there as it steadies itself for the final fragrance which I have to say is rather pleasant. The sandalwood and musk do blend well and when trying to cast my mind back it reminds me of an aftershave my late grandfather wore when I was a child - weird how the memory works!


Perfect for winter this will have your nostrils convincing your brain that you are not freezing to death waiting for the next bus, but instead make your nostrils feel like you are warm and snug wrapped up in a blanket - I know it sounds corny, but imagine that warm comfortable feeling on a cold day when you don't want to get up and that's how this made me feel. I believe the phrase is, snug as a bug in a rug. Those around you won't be offended by the smell either but for me it's just that little too heavy and warm on the nose to make it an aftershave that stands head and shoulders above it's similar priced competitors. It's a nice fragrance, in the same way that seeing an old friend you haven't bumped into for years is 'nice'.


It can be described as nothing other than a manly, heavily masculine fragrance and for that reason it's not one that will ever become an aftershave I instantly reach for, instead it will be used for daywear and knocking around the house. That said, it's not bad and if you like your fragrances earthy or woody then you really should have a sniff.